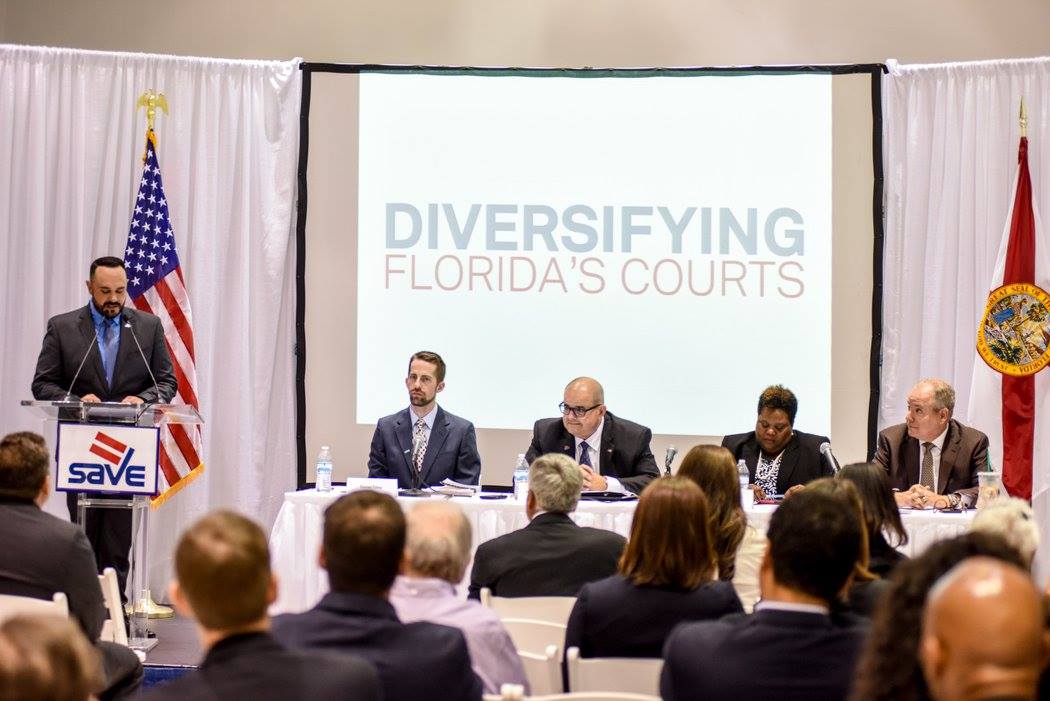 SAVE is proud to be a member of the Florida Access to Justice Project, a joint project with Progress Florida and the Piper Foundation to address the conspicuous lack of diversity in the court system at all levels of government.

In 2016, SAVE held the first of what promises to be many panels inviting legal experts from the community to talk to the public about how to diversify the judiciary. View photos below:

A new report from the project puts the spotlight on both the flood of special interest money and lack of diversity in our state court system.

We need Floridians to stand up and say "enough!" of the special interest influence that stunts the diversity of our courts.

Will you sign our Diversity in the Judiciary petition?