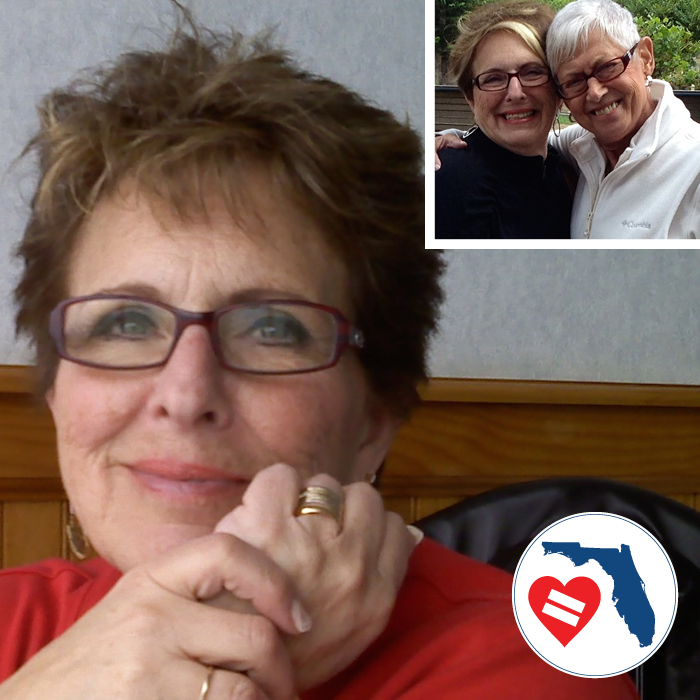 “Carol and I loved each other for nearly half a century. We were married.
That’s supposed to mean something."

That's what Ft. Myers widow Arlene Goldberg said about her late wife of 47 years Carol Goldwasser on the day she joined with SAVE and eight married gay couples represented by the ACLU of Florida to challenge our state's refusal to recognize out-of-state same-sex marriages.

In Tallahassee, U.S. District Judge Hinkle agreed. In his pro-marriage ruling this August, he ordered the state to recognize Arlene as Carol's surviving wife on Carol's death certificate. Today, that documentation was finalized.

When Carol passed, Arlene should have received Social Security survivor benefits to help care for Carol's elderly surviving parents. But because of Florida's policy of marriage discrimination, the state left Arlene behind at the time when she needed help the most.

It's a bittersweet moment, but we are very happy today for Arlene's success in court. Now is the time to reflect on those who we fight for who might no longer be with us today -- like Arlene did in the memory of her beloved Carol, so too must we continue the fight for equality for those we love. That's why we're hard at work fighting for marriage in court and helping elect pro-marriage candidates like Charlie Crist for Governor and George Sheldon for Attorney General.

We've never been prouder to stand TOGETHER with my community. Thank you for all you do.