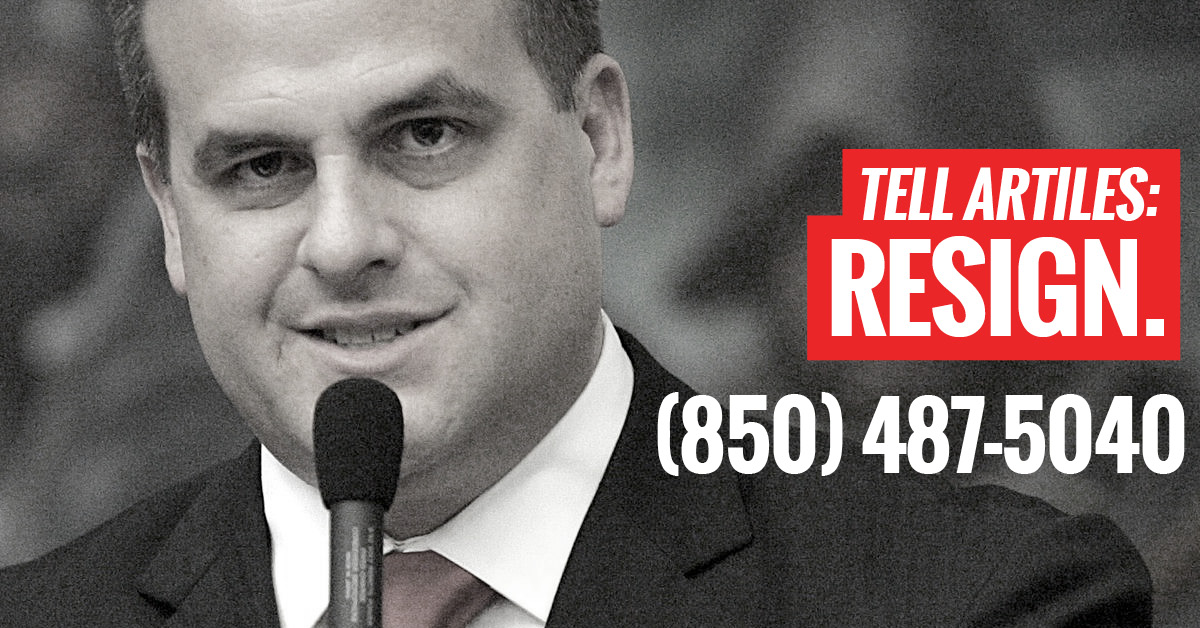 It was reported to him after he left the Governors Club [...] that Artiles called him and another person who works in the Capitol “faggots.”

It comes on the heels of a report in the Miami Herald that Artiles hurled racist and sexist insults at his colleagues during a meeting the same night in the State Senate:

Sen. Frank Artiles dropped the n-word to a pair of African-American colleagues in private conversation Monday night — after calling one of them a “f**king a**hole,” a “bitch” and a “girl,” the two senators said. [...] “He called Joe Negron a p**sy,” Thurston said.

This is the Florida Senate. This type of talk coming from our own Senator is totally unbecoming of the work of our State Senate.

We are not surprised but still disappointed that it has come to this for Senator Artiles. We have made clear to him that his anti-transgender bathroom bills only discriminate against a class of Floridians.

Sadly, Senator Artiles has shown through his behavior towards his colleagues this week that he just doesn’t care about things like that. We urge the Senator to resign.