On Friday, representatives from SAVE Dade attended the Transgender Day of Remembrance ceremony organized in part by Barry University's School of Social Work and the Alliance for GLBTQ Youth.

Thank you to everyone who attended!

This Sunday, SAVE Dade held its Young Gaurdians' Reception at the lovely home of Darryl Fox. The event, attended by over one hundred guests, was a huge success, with dozens of members pledging sustaining monthly donations added to the Young Guardians' Society.

Thanks to everyone who attended for making the event such a success! A special thanks to Darryl for being our gracious host and Sushi Samba for supplying the hors d'oeuvres.

Thanks to you, when all is said and done, we will have raised over $30,000 in one day, including The Miami Foundation's matching funds. Out of more than 400 participating organizations, 147 of you chose to give to SAVE, helping put us in the top six fundraisers for the day.

Scroll down to view our accomplishments on Give Miami Day!

This Tuesday, SAVE Dade hosted the inaugural semiannual Young Guardians reception. The event, held at Claudio Faria's Ornare showroom in Miami's Design District, was created to promote the Give Miami Day event and to sign up new members of SAVE's prestigious Guardians and Young Guardians societies.

The event was a big success. SAVE Dade recieved thousands of dollars in pledges towards Give Miami Day and signed up many new members making sustaining donations on behalf of promoting equality in Miami-Dade county.

Thank you to Claudio for hosting us and everyone who made it out on Tuesday night to the reception! Our work would never be possible without your support. 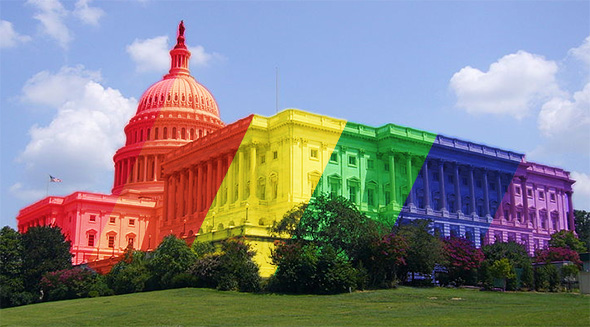 UPDATE: the Senate has passed ENDA by a vote of 64-32! Now it moves to the House of Representatives where leaders have been resistant to bringing the bill to a vote.

Help SAVE Dade keep up the pressure on the House by making a donation today.

With your help we can send the message that the House shouldn't stand in the way of equality. We must keep up the fight.

SAVE Dade has sent letters thanking Senator Bill Nelson and Representatives Illeana Ros-Lehtinen, Debbie Wasserman Schultz, Joe Garcia, and Fredrica Wilson for their co-sponsorship of the Employee Nondiscrimination Act (ENDA), which cleared a key procedural hurdle in the U.S. Senate on Monday.

SAVE also sent a letter to Senator Marco Rubio urging him to reconsider his opposition and a letter to Representative Mario Diaz-Balart, who has not yet announced a public position, requesting support for the legislation.

ENDA will provide LGBT employees with protections to ensure that employers, employment agencies and labor unions do not use sexual orientation or gender identity as a basis for hiring, promotion, or firing.

Additionally, it allows businesses to enforce “reasonable dress and grooming standards,” so long as it also allows employees who have undergone, or are undergoing, gender transition to use the standards applicable to that gender.

Employment discrimination has devastating effects on the lives of LGBT people and their families.  It impacts both their livelihoods and their abilities to contribute to their communities.  On a national level, it hurts the economy by unnecessarily shrinking the pool of qualified talent.

Most Fortune 500 companies have adopted policies to ensure that their managers do not discriminate on the basis of sexual orientation or gender identity when making employment decisions.

These companies’ leaders, such as Apple CEO Tim Cook, know that when companies act to ensure that their employment decisions are based on merit and talent and not on discriminatory animus, the shareholders and other financial backers of the companies benefit.

Although many states and municipalities have laws banning such employment discrimination, the list includes neither Florida nor Miami-Dade County. Congress needs to pass ENDA, both as a matter of fundamental fairness for LGBT employees and as a business necessity for the U.S. economy. 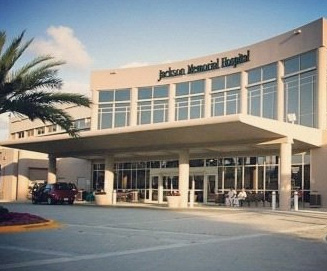 On Tuesday, November 5th, Miami-Dade County will put before voters the question of whether to sell bonds in order to borrow money to pay for critical improvements to the Jackson Memorial health system, the only public hospital serving our communities.

SAVE Dade Action PAC strongly endorses this effort, and we urge you to VOTE YES on November 5th.

Why does SAVE Dade, Miami-Dade's foremost advocate for the LGBT community, support this effort? As the county's only public hospital, Jackson Memorial serves many of the most underinsured populations in our community.

Because of a general lack of recognition of same-sex partnerships, LGBT people often face barriers to purchasing insurance through employers, the most common way Americans gain access to healthcare.

While the Affordable Care Act should make insurance purchased on the individual market more affordable, those who still cannot afford it will remain underinsured due to the Florida state government's refusal to expand access to Medicaid. These people will continue to rely on Jackson Memorial's policy of keeping its doors open to the underinsured.

Jackson Memorial was also one of the first hospitals to admit HIV-positive patients when the epidemic emerged in the 1980s. It continues to offer the widest and most accessible range of services to victims of HIV and AIDS, and it remains at the forefront of research into a cure.

As you may already know, LGBT populations, particularly men who have sex with men (MSM) and transgender people, are disproportionately affected by the HIV/AIDS epidemic.

For these reasons, SAVE Dade Action PAC urges pro-equality voters to approve the initiative to fund Jackson Memorial's improvements in the November 5th election.

For more information on our endorsements, and to find out how to register to vote, request a vote-by-mail absentee ballot, vote early, or where to vote, go to savedade.org/2013

This past Saturday, SAVE Dade celebrated its 19th Annual Halloween Ball, with record attendance of over one thousand guests and thousands of dollars raised on behalf of promoting, protecting and defending equality for the LGBT community in Miami-Dade County.

The evening began with the inaugural Luminaries of Equality Awards, a VIP reception attended by 250 supporters that honored four young professionals doing notable work on behalf of the LGBT community.

Honorees included Tori Bertran, a prolific contributor to the local LGBT organizations such as Pridelines and SAVE Dade whose accomplishments include membership on the board of Aqua Foundation for Women; Victor Diaz-Herman, executive director of Pridelines Youth Services and longtime contributor and volunteer for the National Gay and Lesbian Task Force; Nastassja Schmiedt, queer issues researcher for SAVE Dade and a campus LGBT and women’s rights activist with national recognition; and Hansel Tookes, a student at the University of Miami’s Miller School of Medicine researching HIV/AIDS prevention and activist for needle exchange policies to reduce HIV transmission rates.

“It was a great night on Miami Beach,” said SAVE Dade Executive Director Tony Lima. “We honored the best and brightest young LGBT leaders, we had record attendance and we enjoyed the highest caliber of entertainment ever with superstar DJ/Producer, Tracy Young. I want to thank everyone who helped make this event such a success, especially the party goers who chose to support equality and celebrate Halloween with us.”

In addition to Tracy Young, SAVE Dade’s Halloween Ball featured entertainment by DJ’s FR8-O and Bill James, a theatrical “alien attack” featuring South Beach’s own drag artist Tiffany Fantasia with a corps of 30 performers, and a costume contest with over $1000 in cash and prizes.

“As with every year since its inception, an all-volunteer committee planned the 2013 event,” added Lima. “Anyone interested in helping to plan and develop next year’s event by joining the 2014 planning committee should contact me personally at tony@savedade.org or call our office at (305) 751-SAVE (7283). We hope that next year’s 20th anniversary event is the biggest and best ever.”