Equality Update is a NEW weekly email newsletter for supporters of SAVE and LGBTQ equality in Florida. 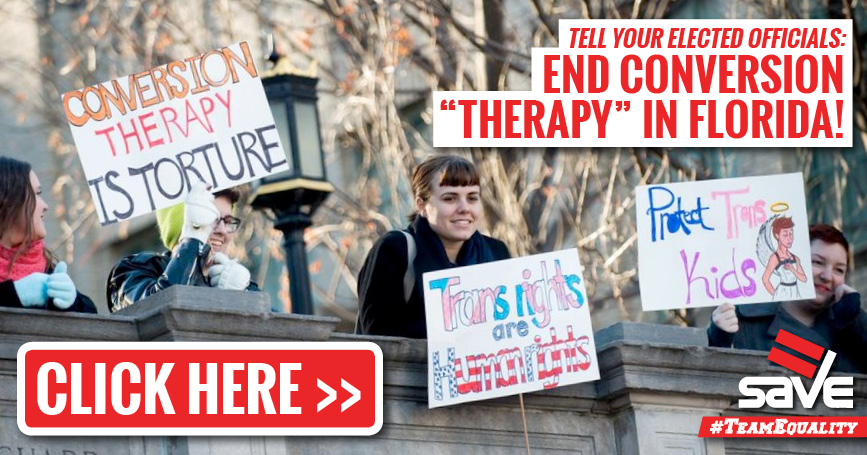 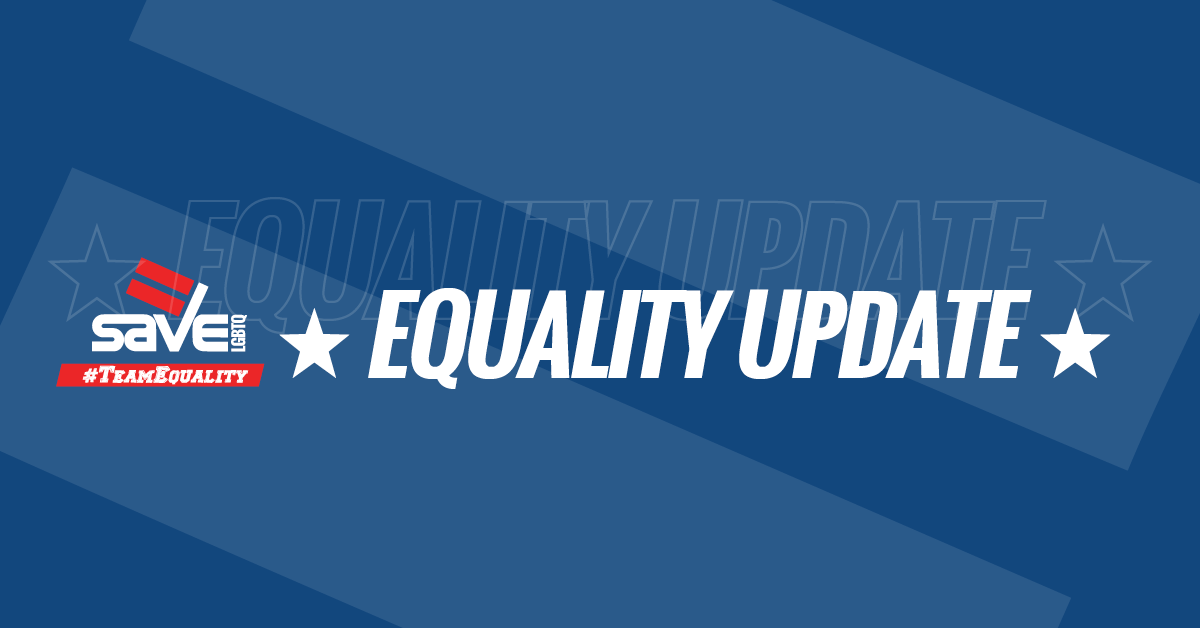 There's just 9 days left to make your Florida AIDS Walk donation to SAVE -- which will be MATCHED 1:1 by AIDS Healthcare Foundation!

The SAVE Sentinels & Guardians' Society invite you to join us for:

An exclusive opera performance on March 24 with a special preview and cocktail gala THIS SATURDAY, March 11! 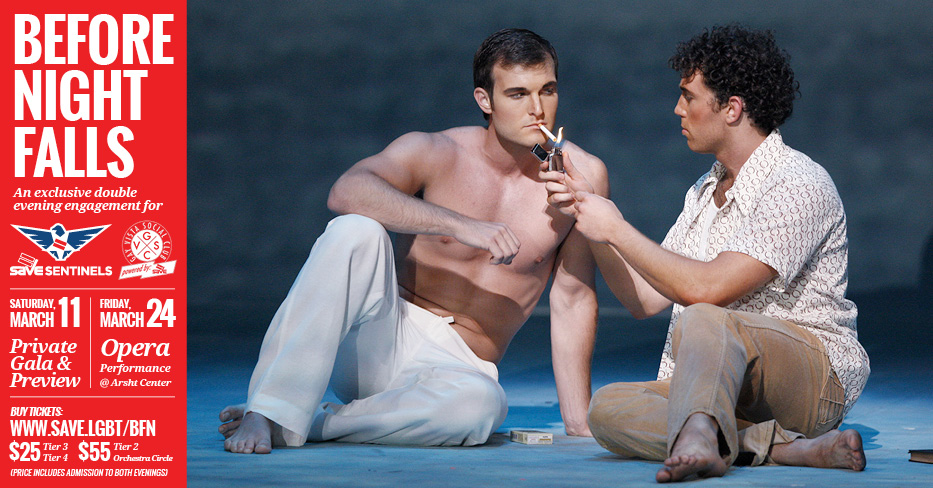 Based on the memoir of Cuban poet Reinaldo Arenas, Before Night Falls follows Arenas’ life from childhood poverty in Cuba to his emigration to the United States in the Mariel boatlift and his last decade in New York City.

The opera follows his trials as a political prisoner disillusioned by the Revolution and persecuted by Castro as a dissident writer and homosexual, forced to smuggle his manuscripts abroad for publication.

Join us tomorrow at O Cinema Wynwood for 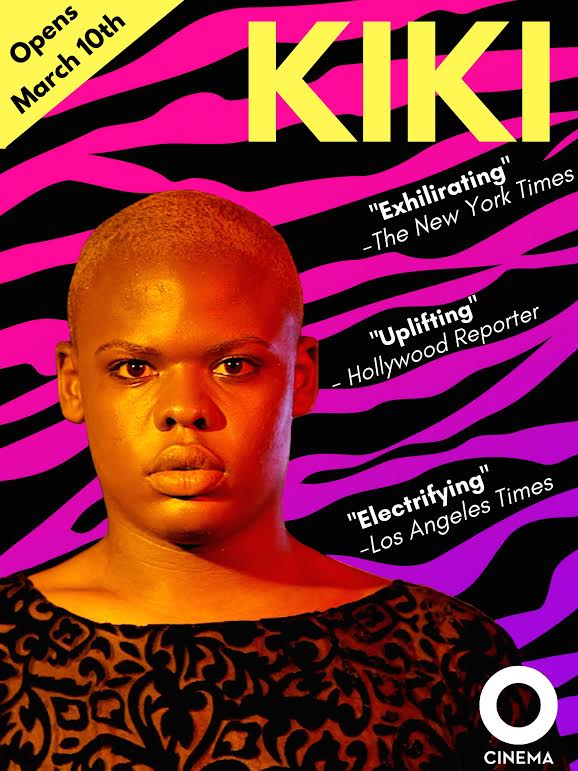 It’s a larger-than-life world in which LGBTQ youths of color are empowered by staging elaborate dance competitions that showcase their dynamic choreography, fabulous costumes, and fierce attitude.

Heralded by the New York Times as "Exhilarating...a must see", this official selection of the Sundance Film Festival will undoubtedly enter the canon of important work of queer cinema.


JOIN THE ACLU OF FLORIDA THIS SATURDAY: 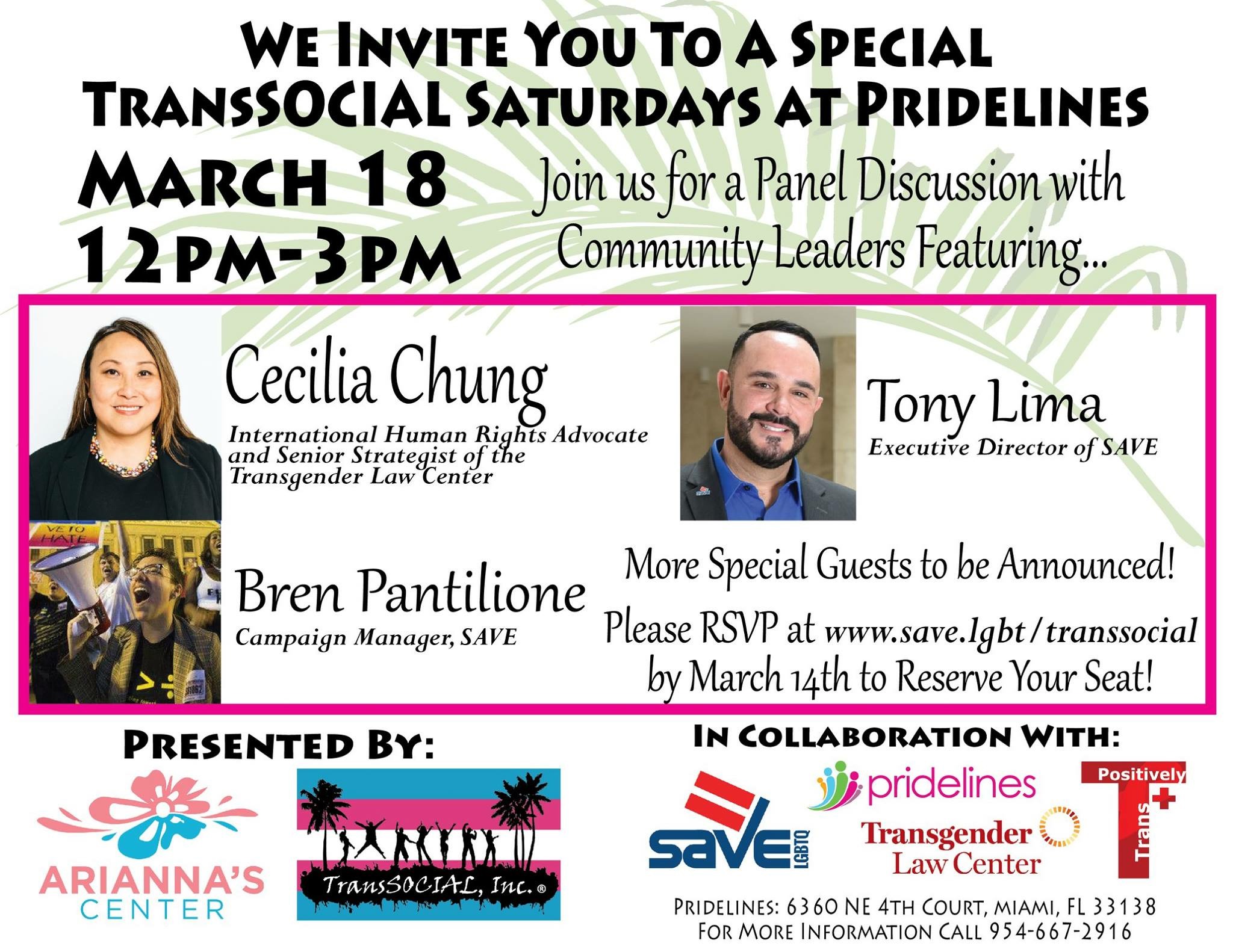 
The Health Promotion and Care Lab at University of Miami is looking for HIV-negative gay and bisexual men between the ages of 18-35 to participate in a health and wellness study.

You may receive up to $300 and free, individual, confidential counseling.


SAVE is proud to join Poverello the evening of Thursday, March 16 for Celebrity Lip Sync Battle -- a fundraiser for Florida AIDS Walk!

Watch SAVE Executive Director Tony Lima lip synch for his life and raise money for SAVE's Florida AIDS Walk team at the same time! There will be a $15 entry fee, and all of the tips each performer receives will go to their team. 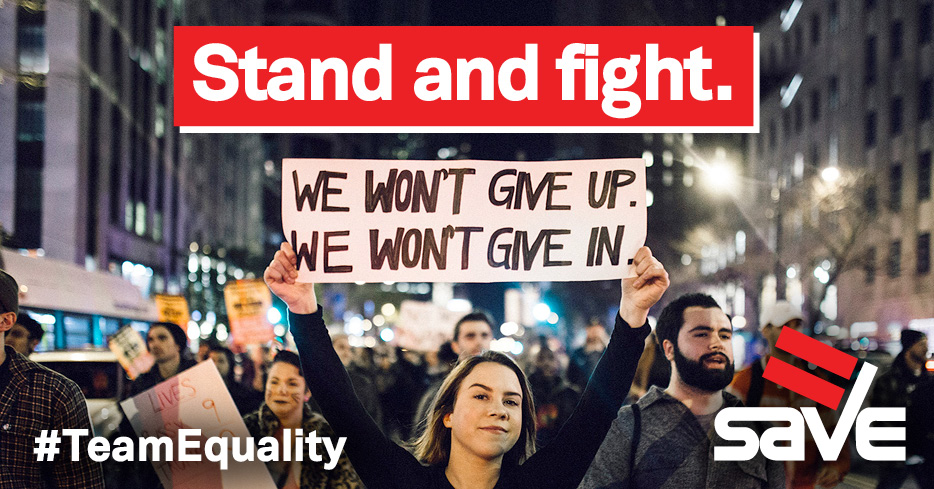 “A rainbow” of residents and officials from across the county gathered Saturday in a North Miami park to witness the unveiling of a sculpture honoring the pioneers of Miami-Dade LGBTQ history... Click here for full coverage, including photos and videos of speeches, from The Miami Herald >>

Congrats to SAVE Executive Director Tony Lima on being accepted into the Rockwood Leadership Fellowship! Over the next year, Tony will join social justice leaders from across the country to gain tools and skills to help change themselves, their communities, and the world. 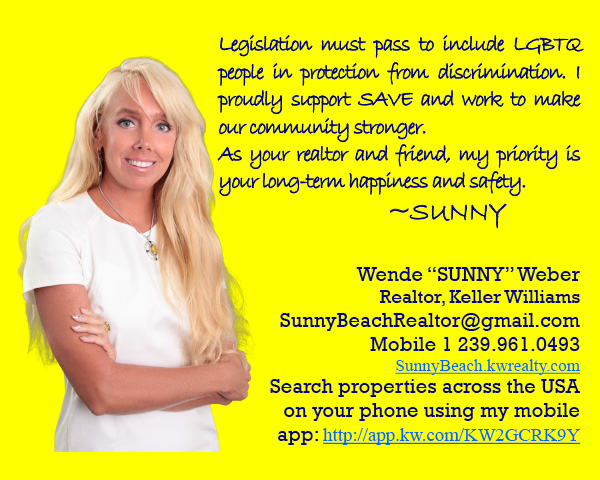 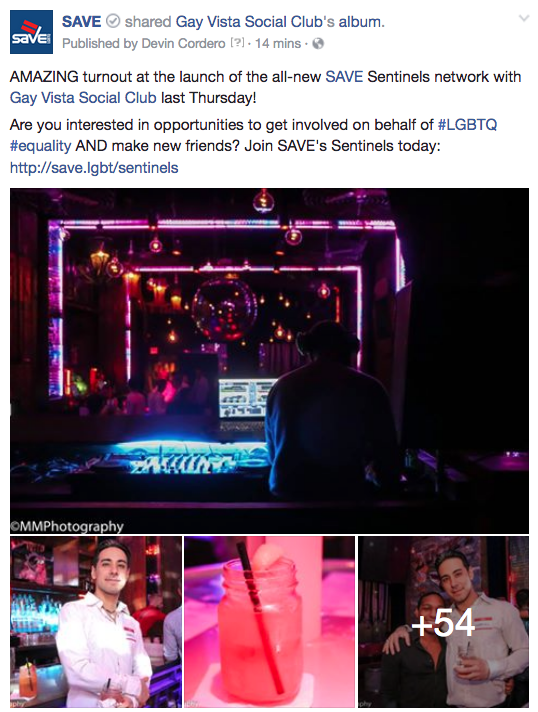 We are so proud to offer a new and exciting way for LGBTQ young professionals to give back to their community while elevating their social networking experiences in fun and exciting ways.

Introducing the SAVE Sentinels! 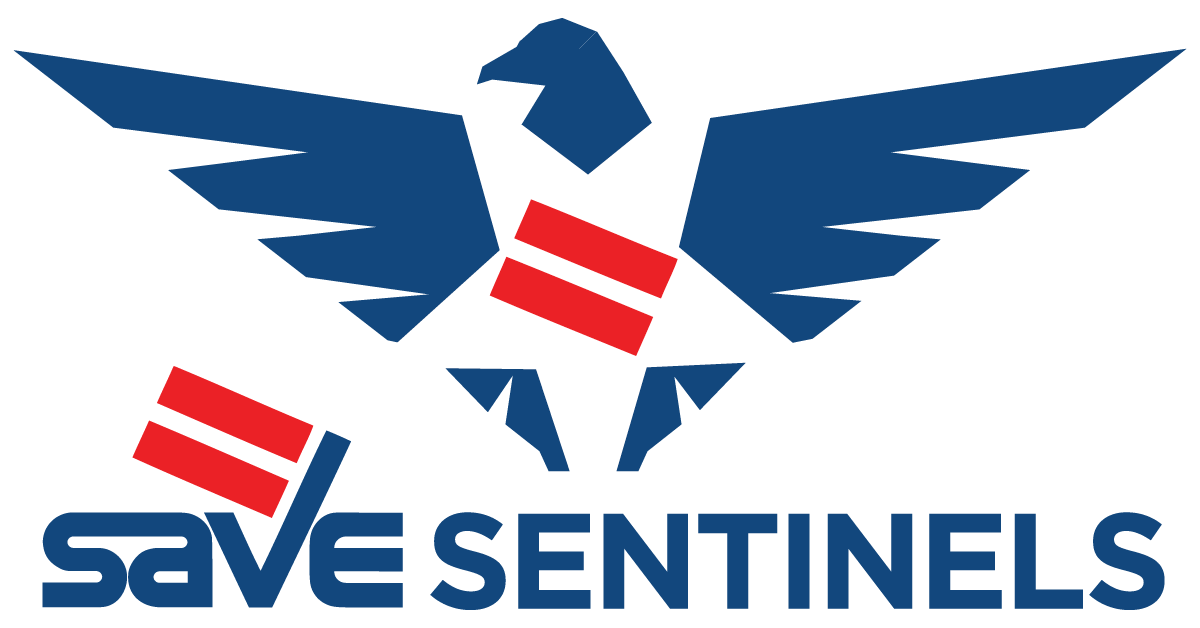 SAVE is so proud to announce the founding of the SAVE Sentinels, a network for professionals to support SAVE's mission of promoting, protecting, and defending equality for the LGBTQ community in South Florida and beyond.

Benefits of membership include:

100+ turn out for SAVE townhall with local LGBTQ community 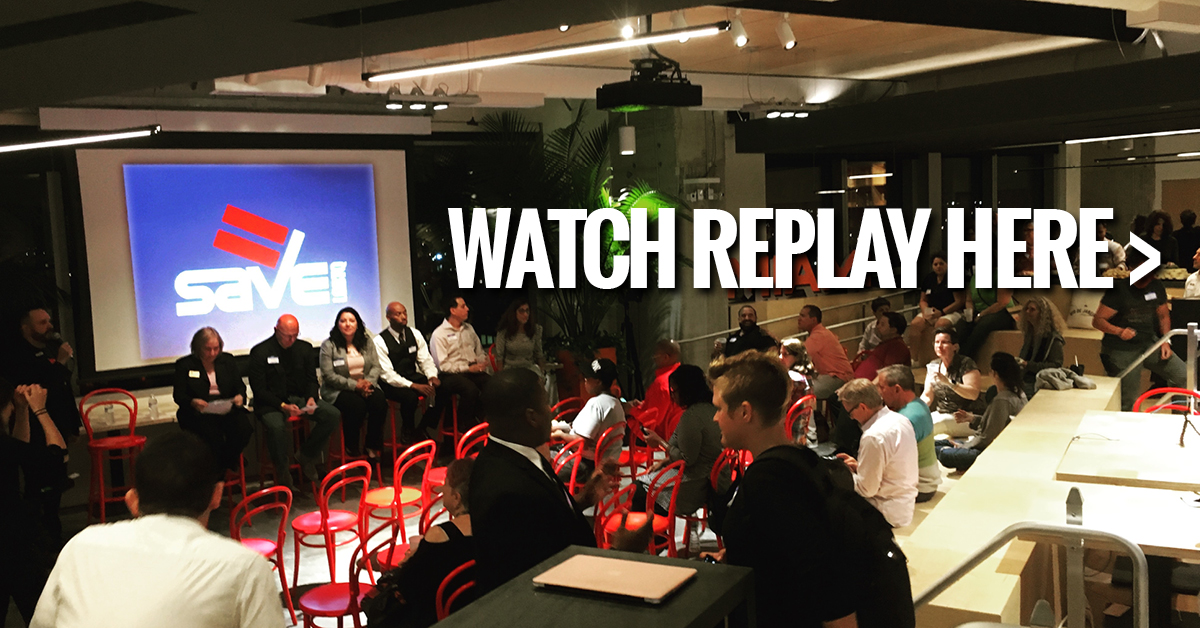 Yesterday, more than 100 supporters of SAVE turned out for our groundbreaking LGBTQ community townhall. They came with comments and concerns about politics and policy, and local leaders, litigators and officeholders were present to to answer any questions they had. 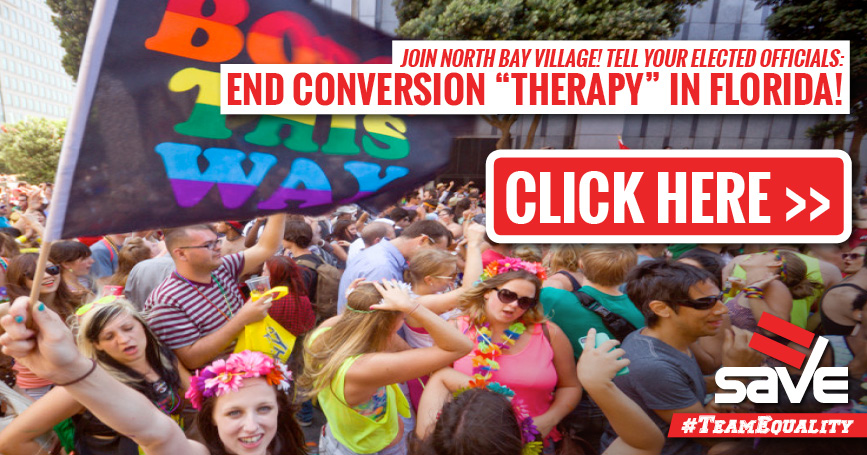