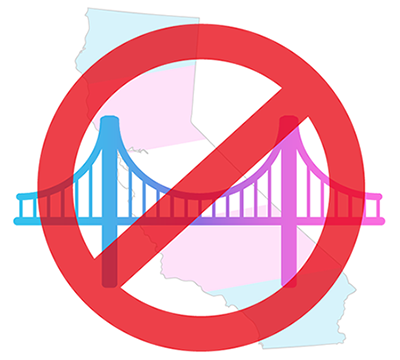 California Assemblyman Tim Donnelly announced this Monday that at least one of his sons wouldn’t be returning to his public school after Governor Jerry Brown signed Assembly Bill 1266, which expands the rights of transgender students in that state.

The new law goes into effect this January and guarantees that students can “participate in sex-segregated programs, activities and facilities” on the basis of their gender identities instead of the sex they were assigned at birth.

Donnelly told the conservative outlet World Net Daily that the law forces students in locker rooms to be “ogled” by students of the opposite gender. He also told the website that his sons were “horrified” at the prospect of girls in the boys locker room.

Of course, the law in question allows no such thing. It neither lets children arbitrarily use locker rooms of the opposite sex nor forces them to be “ogled.” Students who identify as boys will still have to use the boys’ bathroom and likewise for girls. Impersonating a member of the opposite sex in order to gain access to opposite-sex bathrooms will remain illegal under California law.

If Assemblyman Donnelly is worried about the effect of the new law, he should look to Los Angeles County, which has similar protections for transgender students in place. In that school district, transgender students have been protected without controversy for nearly a decade, according to the Associated Press.

Donnelly’s comments came in the midst of the beginning stages of an electoral fight to repeal the law. Conservative groups are preparing a ballot initiative to overturn the law much in the same way that Proposition 8 unsuccessfully attempted to outlaw same-sex marriage in the state. If the measure makes it to the ballot, the vote will most likely occur alongside the midterm races in November 2014.