Today, GLAAD and the Transgender Legal Defense & Education Fund (TLDEF) hailed the Colorado Civil Rights Division ruling in favor of six-year-old Coy Mathis, forbidden by her school district from using the girls' bathroom because she is transgender. 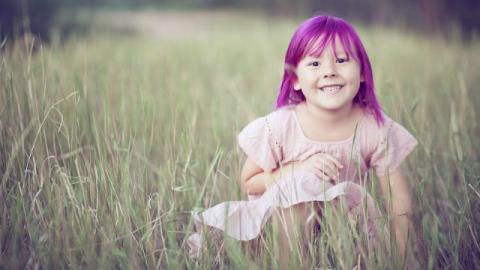 Doctors assigned Coy the male gender at birth, but according to her family she has expressed her identity as a girl since the tender age of eighteen months.  Coy had always worn girls' clothes to school and for all intents and purposes she appeared to the world as a happy little girl.  In kindergarten, Coy used the girls' bathroom just like every other girl at her school.

After Coy entered the first grade however, the Fountain-Fort Carson School District in Colorado Springs, armed with the evidence on Coy's birth certificate of her (improperly) assigned gender at birth, informed Coy's family that she could no longer use the girls' bathroom at her school and instead could opt to use the boys' bathroom, a staff bathroom, or the nurses' bathroom.  The district even went so far as to explain to her parents that as Coy grew up, students and parents might become uncomfortable with her development.

Understandably outraged, the Mathises pulled Coy from the school and filed a complaint with the Colorado Civil Rights Division, the board in charge of enforcement of statewide antidiscrimination laws.  The family argued that the school district had broken an antidiscrimination law passed in 2008 which added protections for transgender residents of the state.

Today, in a strongly-worded decision labeling the manner in which Coy was treated as "hostile," "intimidating," and "offensive," the Colorado Civil Rights Division ruled in favor of the Mathis family.  TLDEF called it a "resounding victory for the rights of transgender students" and GLAAD hailed it as "the first ruling in the nation holding that transgender students must be allowed to use bathrooms that match who they are."

SAVE Dade congratulates the Mathis family, Coy, GLAAD, TLDEF, and the trans community in the state of Colorado for the positive ruling.  The decision demonstrates how action and visibility can result in the achievement of deserved rights for marginalized groups like the transgender community.