Letter from the Deputy Director - August 2013 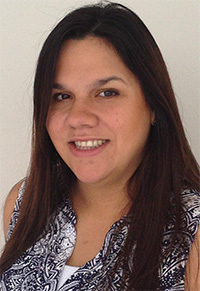 The month of August has been a transitional one here at SAVE Dade. While our incoming Executive Director Tony Lima has been preparing to assume his new role, I have been preparing to take a short leave of absence as my husband and I await the arrival of our new daughter, who we are expecting any day now.

August also gave us the surprise policy change at the IRS, which for tax purposes will now recognize legally performed same-sex marriages regardless of where couples currently reside. It just goes to show that the march of progress continues onward for the LGBT community.

Although I plan for my absence to be relatively brief, I am confident that during my time away SAVE will be in extraordinarily capable hands under my new boss and our new leader Tony, who promises to take to the next level a long and successful career in marketing and public relations in both the for-profit and non-profit sectors.

Tony will be taking the reigns as we ramp up promotion of our annual Halloween Ball in October. The event, held this year on October 26 at the Miami Beach Convention Center, promises to be our biggest ever, with not only a party planned from 10PM-3AM that night, but also a VIP pre-party new to the event this year planned for 8PM. Tony and I look forward to that event and we urge everyone to buy tickets now to take advantage of presale discounts.

Tony also starts his job in the middle of the ongoing TransEquality campaign to pass an all-inclusive Human Rights Ordiance at the countywide level. I am excited to work with Tony as we forge ahead with this groundbreaking campaign and continue to engage the community and the commissioners on this crucial issue of basic human rights.

While I am excited for Tony’s arrival, I also want to give a special thanks to our interim Executive Director, Joe Falk, who has worked for SAVE Dade in a volunteer capacity since the departure of our previous Executive Director, CJ Ortuño, in July.

Joe, a member of SAVE’s Board of Directors and an active participant in the local nonprofit community, has served our organization admirably during this transitional phase. We are so grateful for Joe’s service to Miami-Dade County and the local LGBT community.

In light of this period of change, I cannot express how excited I am for SAVE Dade going forward. I have never been more hopeful for the future of not only SAVE Dade, but also for the LGBT community locally and nationally.