Last Thursday, SAVE Foundation was proud to christen its new ‘Equality Network’ initiative to build a coalition of businesses in support of workplace equality in Florida. The LGBTQ group inaugurated the network at an event at FIU’s Frost Art Museum on Thursday featuring U.S. Representative Carlos Curbelo and CEO Mike Valdes-Fauli of the marketing firm Pinta, among other noted attendees.

Emphasizing inclusion as a key business value, Rep. Curbelo, who represents suburban Miami-Dade County and recently joined the U.S. House LGBT Equality Caucus, spoke of the need not just for policy change, but for broader cultural change in order to create a more competitive business and labor environment in Florida. 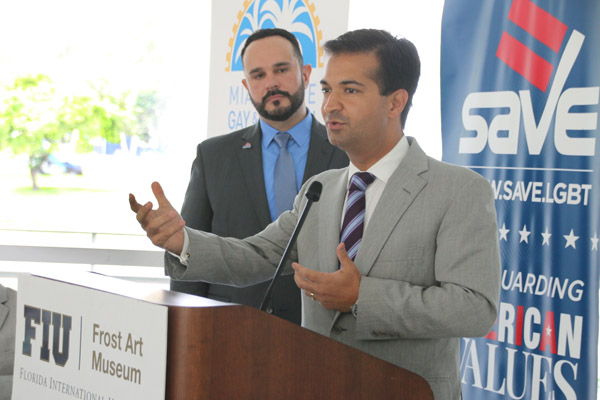 “Sometimes we’re tempted to change a rule or check a box and say we’ve achieved diversity,” he told the gathering of business owners and local leaders. “But businesses that truly value inclusion -- they think a variety of points of view are a good thing, and they’re primed to compete in the economy of the future.” 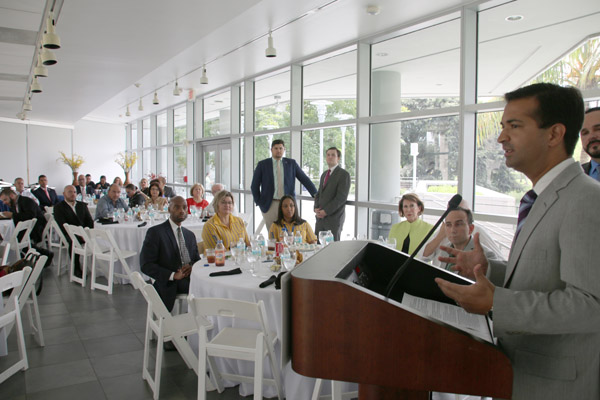 The event, a SAVE Foundation initiative in partnership with the Miami Young Republicans, the Miami-Dade Gay & Lesbian Chamber of Commerce and the South Florida Hispanic Chamber of Commerce, inaugurated the organization’s new Equality Network of businesses in support of workplace equality and a more competitive economy for Florida. 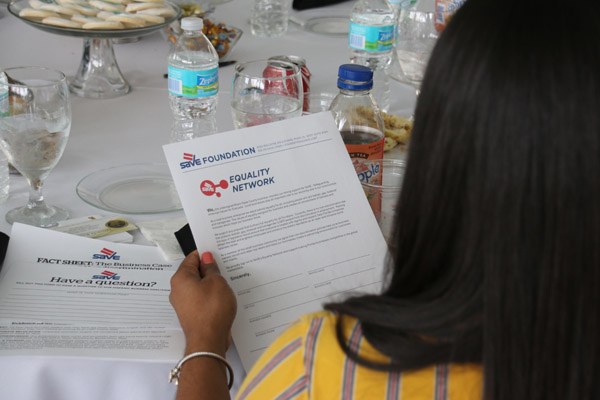 “Businesses need to know that we can make Florida’s workforce more competitive for the future by striving for an equal workplace,” SAVE Executive Director Tony Lima told attendees, “and I’m proud that after today we will already count more than 30 members in the Equality Network.”

Mike Valdes-Fauli, CEO of the cross-cultural marketing firm Pinta, echoed that sentiment as a featured speaker alongside Curbelo. "I can tell you through my firsthand experience at Pinta and in the business world that equality as a business value is not only the right thing to do, but it's also great for your bottom line," he told attendees, "and so I urge all businesses that aim to compete in today's global and diverse economy to join important initiatives like SAVE's Equality Network." 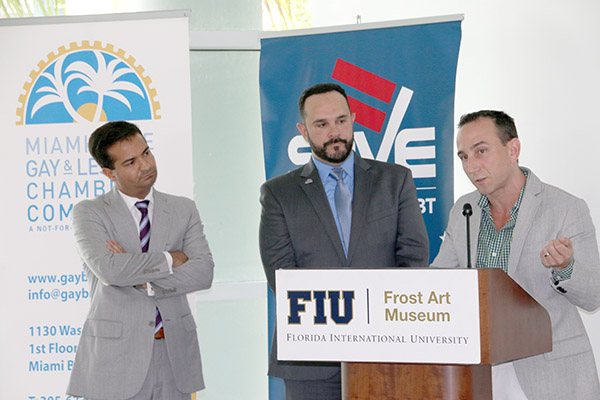 SAVE Foundation invites all local businesses owners of South Florida to join the Equality Network. Those interested in joining are urged to email SAVE's Equality Network at [email protected].

Thank you to everyone who attended the inauguration of SAVE Foundation's Equality Network of South Florida businesses...