Watch: Debut of "Family is Everything" PSA with Congresswoman Ileana Ros Lehtinen 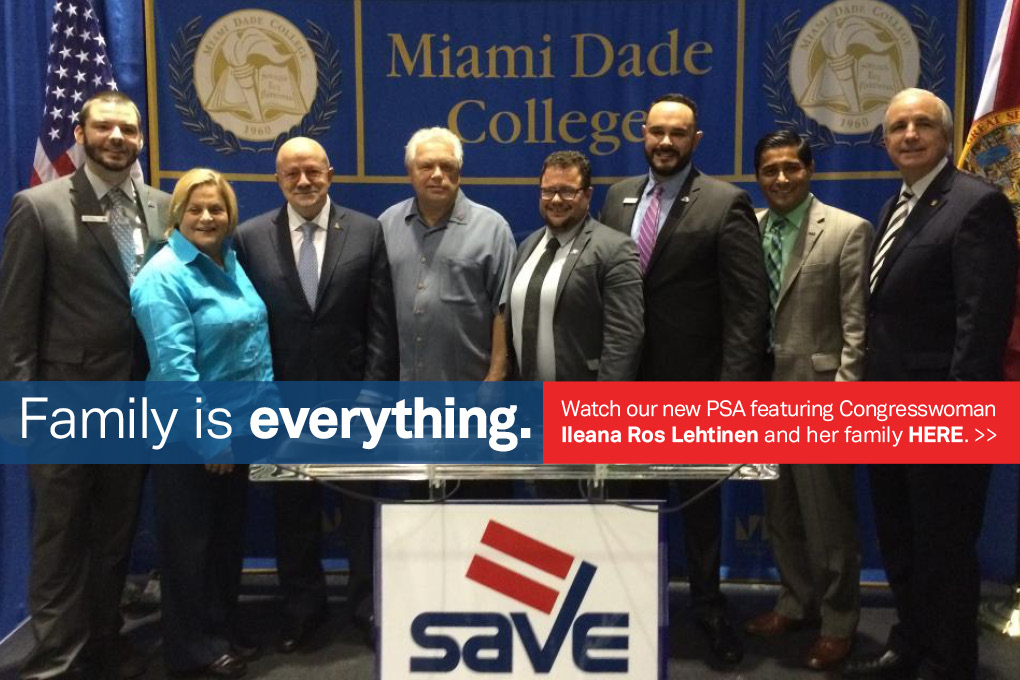 SAVE had the privilege of joining Congresswoman Ileana Ros-Lehtinen, her husband Dexter, and her son Rodrigo at Miami-Dade College for the launch of "Family is Everything," our new PSA on the importance of ‎dignity and ‎respect for all. Watch it here. >>