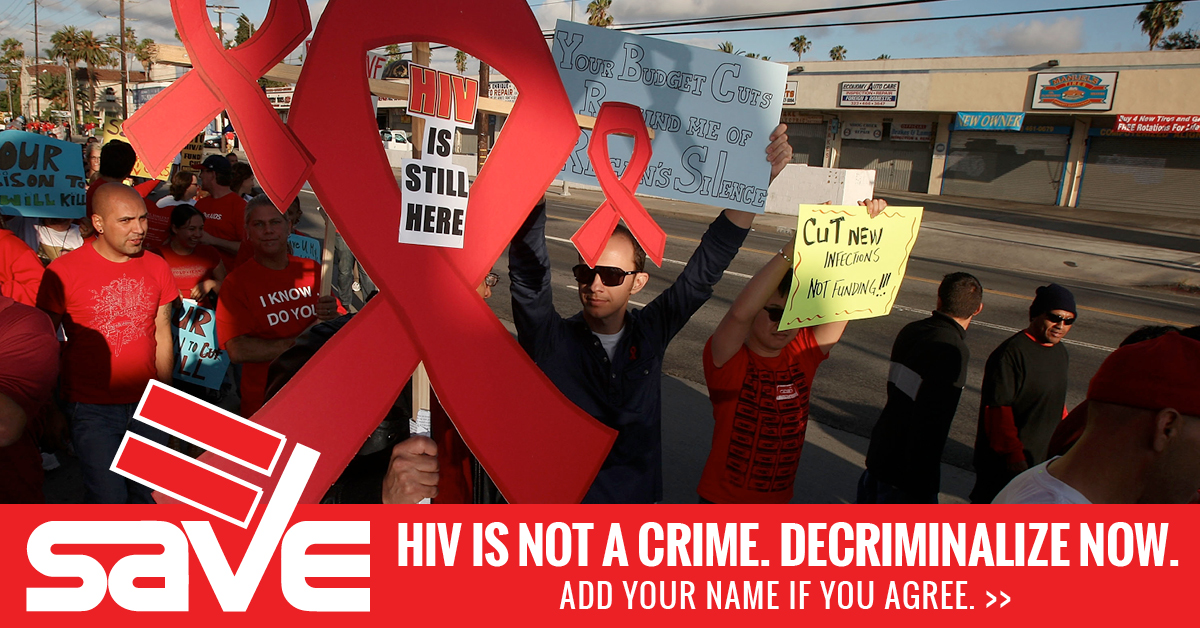 Laws that force those living with HIV/AIDS into the shadows only perpetuate stigma and contribute to the spread of the epidemic. Our elected leaders must act now to repeal laws that criminalize and stigmatize HIV+ status.

HIV criminalization makes behavior that is legal for people who do not have HIV, or don’t know they have it, illegal for HIV+ people. 36 states and territories, including jurisdictions in Florida, have HIV-specific criminal laws.

Most HIV “criminal transmission” or “criminal exposure” laws require HIV+ people to disclose their HIV status to their partners before having any kind of sex, but proving disclosure can be tough. These cases often unfairly and unjustly boil down to one person’s word against the another’s.

The stigma, discrimination, and resulting isolation surrounding HIV+ status causes many people not to easily, if ever, disclose their diagnosis. Laws that perpetuate this stigma only serve to perpetuate the epidemic.

Today, we’re asking you to join us in supporting our effort to overturn unfair laws on the books which criminalize HIV+ status.