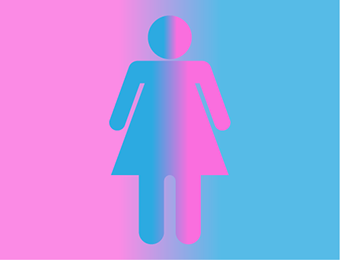 Meet Jane Doe.  Jane is a transwoman who took on a pseudonym in order to share her story because of the possibility of repercussions at her place of work should the story be read by the wrong person. Although for the purposes of sharing her trans experiences she has assumed a false identity, she has been an active contributor to the Miami-Dade TransEquality campaign. What follows are Jane's thoughts and experiences working for a less than supportive employer.

My boss didn’t talk to me for over three years.  Oh, I was never threatened.  I was never fired, or anything like that.  But from the day I began my transition, he made his discomfort with me very clear.  Every time we passed each other in the halls, he’d avert his gaze.  He even stopped saying hello. During department meetings, everyone would get an assignment except for me.  In almost 4 years, I was the only one in the team who never was sent in for training.  Sometimes the entire office would be gone at training, or corporate events, except for me.  I was never invited.

Obviously, in that time I never got a raise either.

So there I was, year after year, doing grunt work, and every morning I would come in, and sit 10 feet away from a man who was doing his very best to pretend I didn’t exist.

Things happen in your career when you spin your wheels for that long – other people with accomplishments get promoted ahead of you.  Co-workers with better skills and training find better jobs.  Your value is seen as less for the company.  When there’s talk of lay-offs, people look at you.

Other employees might have gone to HR, and if that didn’t bear fruit, they simply left.  In fact, I tried, but every employer I interviewed with would call me in and immediately clam up once they realized I was trans.  I couldn’t even get eye contact out of some of them.  No, they never said they wouldn’t hire because I was trans.  But I knew.

So I sat in my cubicle.  Trapped.  Some days there would be no work for me at all, and my boss would give my co-workers double, all to avoid talking to me.  It was surreal.  I would find work.  Make work.  Anything to keep busy, to pretend I was still productive.

After over a year of this, HIS boss called me into the office.  By my old name, of course.  Even now, 4 years after I changed my name, they still call me that.

“For whatever reason <my boss> has some problems assigning you work, and I can’t have people working here who don’t produce.   Have you thought about taking another job?”

To put it bluntly, HIS discomfort, HIS transphobia, had not only sidelined my career, it now threatened to leave me unemployed.  And my legal recourse?  None.

What would you do?  I just felt powerless, and waited for the inevitable.

As it happens, I still work here.  Unrelated changes have caused both those executives to find other employment.   I still feel powerless.  Unprotected.

I wish I could say that’s the only thing I’ve experienced.  I hear “gay” and “tranny” jokes all the time.  Out in the open.  Really vile stuff, too.  But I know there’s no one who will back me up if I complain.  And no law that has my back.

The fact is that even when you manage to get a job, being transgender in Miami Dade County means you have absolutely no recourse against discrimination.   It sucks to say this, but Miami Dade is a scary place to live and work if you’re trans.

I’m leaving this story anonymous, and you have no idea how angry and sad that makes me.  It’s bad enough that I feel discriminated against, but I am now complicit in covering it up. But, again, the lack of protection in this community means that my livelihood is at risk for even talking about this.  So in the end, not having a human rights ordinance made me a coward too.