Trans actress Laverne Cox on Orange is the New Black 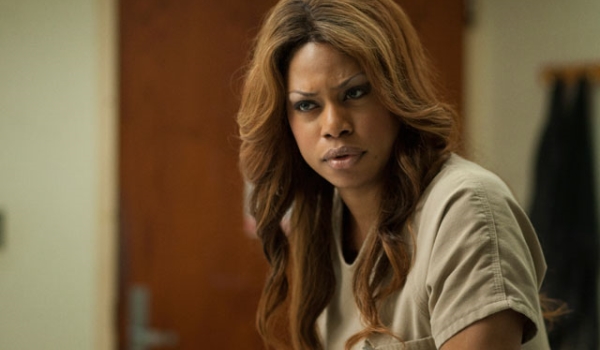 The Netflix original program Orange is the New Black has been making waves since the entire first season made its debut on the online streaming service on July 11, and not just for its critical acclaim.

Viewers follow Taylor Schilling as main character Piper Chapman, the middle-class fish-out-of-water serving 15 months at the all-female Litchfield Correctional Facility for a crime committed a decade ago. The show examines Piper as she acclimates to her situation and forms unlikely alliances with a variety of well-developed characters serving time with her in prison.

Piper's cohort of fellow inmates includes a transwoman named Sophia Burset, who is in the middle of a five-year sentence at Litchfield for fraudulently using stolen credit cards to pay for, among other things, her transition from male to female.

Funded by the stolen plastic, Sophia's transition was successful, but once behind bars she must grapple with the fact that the Litchfield medical system will not authorize a prescription for the proper dosage of hormones she needs to maintain her appearance -- effectively rendering pointless the risks she took and the crimes she committed in order to live as her true self.

Laverne Cox, the real-life transgendered actress who plays Sophia, has been receiving accolades for her role on Orange is the New Black. According to Cox, the role is not only a breakthrough for herself but for the trans community as well. “I’ve literally played a prostitute about seven times,” she told Buzzfeed, decrying the fact that as a transgendered actress she has been blatantly typecast.

“In reality, yes, trans women do sex work, but the problem is that we don’t all do sex work. There are trans women who are doctors, and lawyers, and nurses, and mothers, and sisters, and convicts,” she says.

Watch Laverne Cox as Sophia Burset, Taylor Schilling as Piper Chapman, and the rest of the characters of Orange is the New Black exclusively on Netflix's instant streaming service. The entire thirteen-episode season is available for viewing now, and the company recently announced that the show would be renewed for a second season.