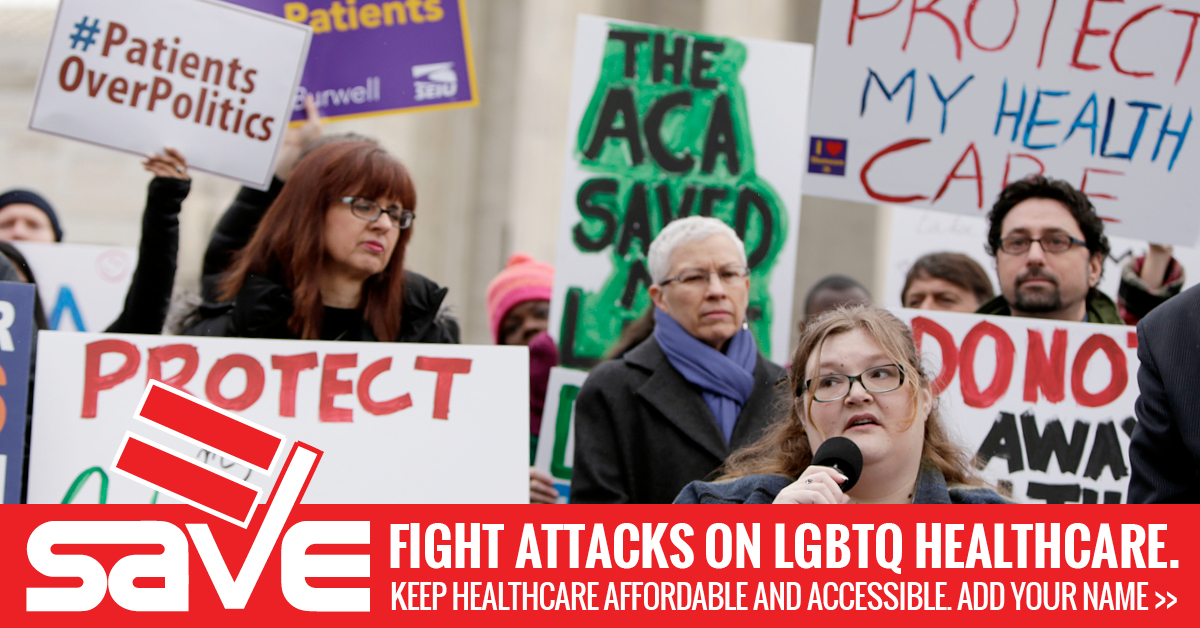 LGBTQ Americans, and especially transgender and queer people of color, face health disparities compared to the rest of the population, due to continuing disparities in access to and utilization of care. We must defend the progress we have made in reducing these disparities.

LGBTQ Americans are more likely than their non-queer counterparts to experience difficulty accessing health care. Individuals in same-sex relationships are significantly less likely than others to have health insurance, are more likely to report unmet health needs, and, for women, are less likely to have had a recent mammogram or Pap smear. Studies have shown that LGBTQ people also have markedly higher rates of mental illness and substance abuse.

The Affordable Care Act (ACA) has helped to reduce many of these disparities since its enactment in 2010. This has been achieved through a variety of provisions critical to LGBTQ healthcare consumers:

Now is not the time to revoke affordable preventive coverage and deny access to lifesaving care for diseases that heavily impact the LGBTQ community, like HIV/AIDS.