In March 2014, SAVE and the ACLU of Florida sued to challenge Florida’s refusal to recognize same-sex marriages performed in states with marriage equality. 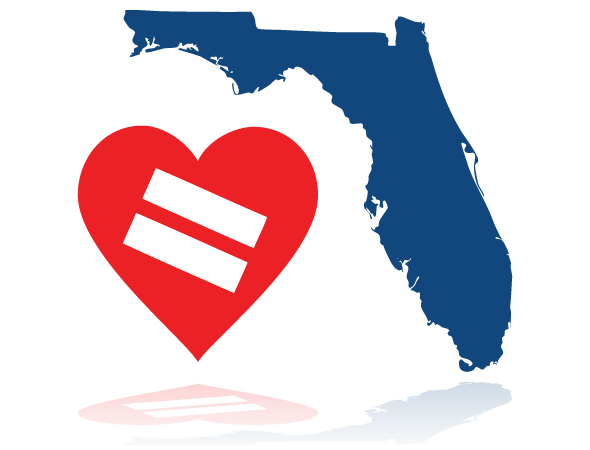 Breaking: Love wins at the Supreme Court. Join us tonight.
Jun 26, 2015
It's VICTORY at long last: the Supreme Court has ruled that marriage equality is now the LAW OF THE LAND! Please join the LGBTQ leaders and organizations from across our South Florida community TONIGHT at SAVE HQ as we celebrate...
Read more →
Supreme Court to decide on marriage!
Jan 16, 2015
Moments ago, the U.S. Supreme Court announced that it will hear freedom to marry cases this year. This is it. The Supreme Court will rule once and for all on whether to allow committed gay and lesbian couples the freedom...
Read more →
PHOTOS: Florida marriage equality celebration!
Jan 09, 2015
We made history. If you told us last January that gay and lesbian couples would be free to marry in Florida within a year, we wouldn't have believed it. It was an aggressive effort, orchestrated by amazing legal teams (like...
Read more →
BREAKING: Marriage arrives early in Miami-Dade!
Jan 05, 2015
In a momentous decision this morning, Circuit Court Judge Sarah Zabel ruled that same-sex marriages can commence immediately! Couples are exercising their right to marry as we speak! “In the big picture, does it really matter whether or not I...
Read more →
Your marriage questions answered:
Jan 04, 2015
Questions about what to do now that the freedom to marry has arrived in Florida? This guide includes information on what you need to know to get married or have your marriage recognized in Florida. What do I need...
Read more →

Plaintiff Juan del Hierro explains why marriage recognition matters not only for his relationship but also for his ability to care for his son.

SAVE board member Damian Pardo on the rights and freedoms at stake as we countdown to marriage equality in Florida.

SAVE's Damian Pardo speaks at the Countdown to Marriage rally on the intersectionality between social movements.

SAVE co-founder Damian Pardo talks about the history leading up to the lawsuit for recognition of same-sex marriages in Florida.

Click here to read more about the Countdown to Marriage rally.

This lawsuit will ensure that all of Florida’s same-sex couples who have legally
married elsewhere have all the protections and rights that come with marriage.