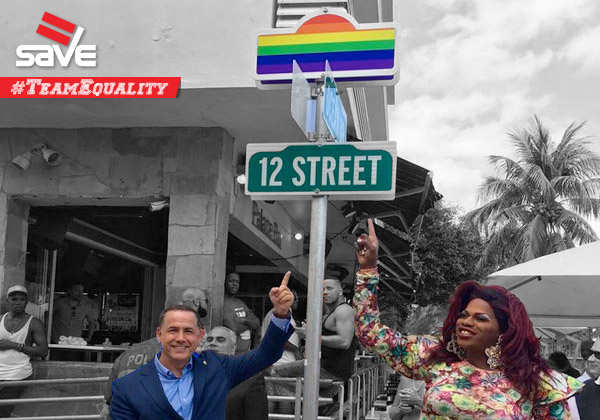 At this critical juncture for our movement, there is no mistaking anymore: the LGBTQ community is under attack nationwide.

What we warned lawmakers would happen in Florida has come to pass in North Carolina, where companies like PayPal, Lionsgate and Deutsche Bank have cut hundreds of jobs in response to the hastily-passed HB2 there.

The same is happening in Mississippi, where official state-funded travel has been banned by a growing list that includes New York and Washington states.

Representing one of the leading municipalities in the nation on the issue of LGBTQ rights, Miami Beach Mayor Philip Levine wasted no time this afternoon by introducing at the City Commission a key resolution to join those pro-equality jurisdictions suspending business ties with North Carolina and Mississippi. The resolution passed with unanimous cosponsorship.

We commend Mayor Levine and his colleagues for taking this swift action, which will assuredly help bolster the nationwide movement to overturn these awful, discriminatory, anti-LGBTQ, anti-trans laws.

Click here to thank the Miami Beach Commission for standing up for equality. >> 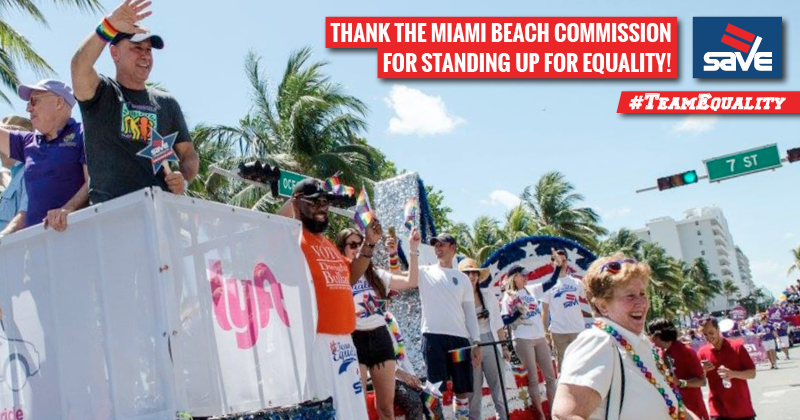 In response to the avalanche of criticism in the wake of the economic disaster caused by North Carolina's discriminatory HB2 law, Governor Pat McCrory has issued what his office is calling an "executive order" which does nothing to correct the damage done when he signed the law in the first place.

Governor McRory should realize that the voters aren't fooled by his political games -- equality for LGBTQ people isn't a game, and the economic well-being of an entire state shouldn't be a game either. There will be no justice until the people of North Carolina achieve full repeal of HB2.

While similar proposals are dead in Tallahassee for now in part due to SAVE's work, you can be sure extremist anti-LGBTQ opponents will continue to push these awful bills.

We must remain vigilant and ready to make our voices heard when the time comes -- and we must give our all to support pro-equality leaders like those who stood up today in Miami Beach.

Click here to add your name thanking the Miami Beach City Commission for standing up for equality today. >>

Thank you for your support.