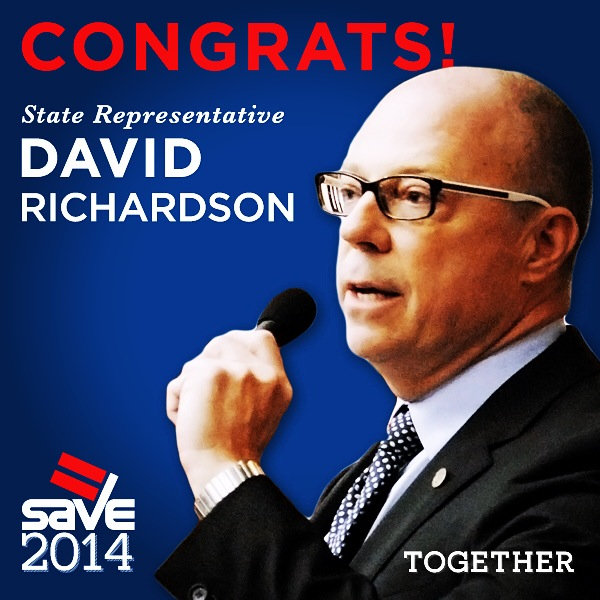 Today, we found out that the challenger to 2014 SAVE Action PAC endorsee and Champion of Equality, State Representative David Richardson, has dropped out of been disqualified from the race.

This means that Richardson will run unopposed for re-election as the representative of Florida's 113th State House district this year. Effectively, Rep. Richardson has already won his race!

SAVE is proud to congratulate Rep. Richardson, who the organization endorsed in 2012 and went on to win election as Florida's first elected openly LGBT legislator in Tallahassee.

In its endorsement of Richardson earlier this year, SAVE pointed to Richardson's success in securing funding for LGBTQ homeless youth programs, as well as his support for changes that added protections for LGBT children and teenagers in the state foster care system.

By standing with Rep. Richardson, we sent the naysayers the message that TOGETHER the LGBT community will make its voice heard. Help SAVE support more pro-equality candidates like Rep. Richardson -- give $20 today.

SAVE Action PAC's endorsement of David Richardson was the first of what will be many issued by SAVE during the 2014 election season. To find out more about our 2014 effort and to see a list of endorsed candidates, visit savedade.org/2014.