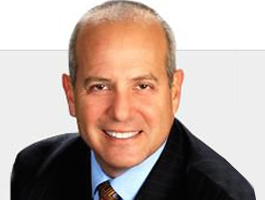 This November, it's so important for South Floridians to stand TOGETHER with pro-equality candidates -- and today we're very proud to announce SAVE Action PAC's endorsement of Gary Resnick in the November 4, 2014 election for Mayor of Wilton Manors!

Gary is a proudly gay man who has served the Village of Wilton Manors as its Mayor since his first election to that position in 2008. Prior to that, Gary served on the Village Commission since 1998, and since becoming mayor he has been re-elected twice.

Wilton Manors has one of the densest populations of LGBT people in the world, and Gary's decades of experience have helped serve well the residents of Wilton Manors and the LGBT community alike. SAVE Action PAC is pleased to endorse his bid for re-election this November 4th.

Without protections from discrimination for LGBT people at the state and federal level, we must count on local leaders like Gary Resnick to push for pro-equality policies. SAVE Action PAC is proud to recommend to Wilton Manors voters to RE-ELECT Mayor Resnick!

Earlier this year, SAVE Action PAC also issued these endorsements for local and statewide office, U.S. Congress, and the Florida legislature. Don't forget to vote for these pro-equality candidates on your ballot: 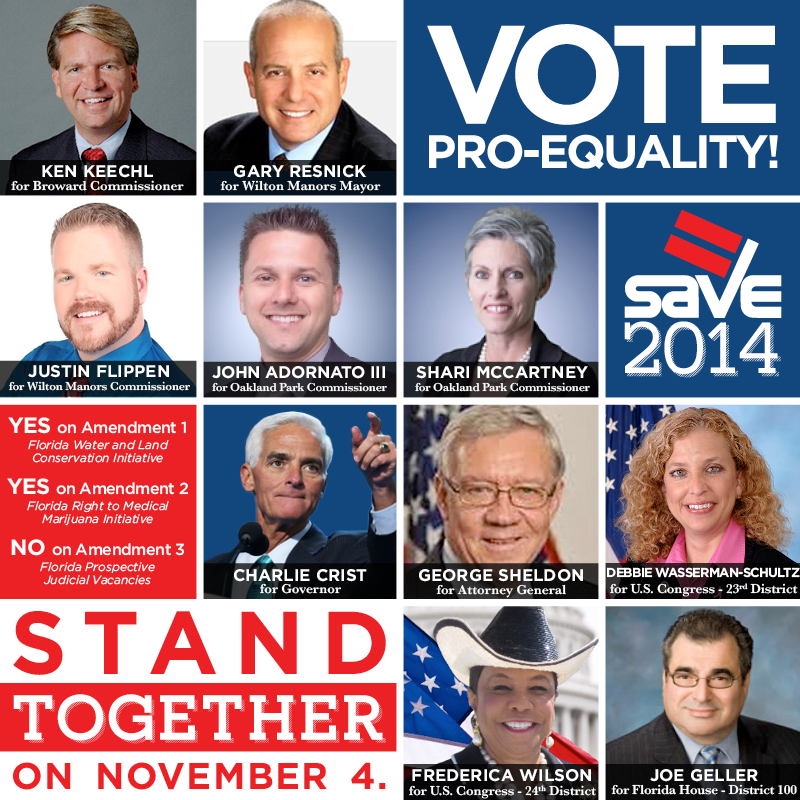 Don't forget to vote on ballot measures!
SAVE Action PAC's positions are as follows:

Why? Early research suggests medicinal potential for certain preparations of cannabis, including for stimulation of weight gain in patients exhibiting AIDS-related wasting syndrome.

Given that members of the LGBT community -- particularly men who have sex with men -- continue to suffer disproportionately from the HIV/AIDS pandemic, and given that South Florida is one of the hardest-hit places in America by the disease, it is SAVE's position that legalization of medical marijuana in Florida is warranted for the purpose of conducting research into finding new HIV/AIDS treatments.

Why? This initiative affects the power of the Governor of Florida to pick judges when one governor is outgoing and another is incoming. Currently, incoming (new) governors have the power to pick certain Florida judges. Amendment 3 gives that power instead to outgoing governors.

In practice, if incumbent Gov. Rick Scott loses re-election, Amendment 3, if passed, would give him the power to appoint judges in the vein of other anti-equality Scott appointees, even though a different candidate will have won.

To find out when and where to vote, please visit savedade.org/vote.

Happy voting! Thank you for your support!