Rubio: I am the victim, not LGBT people 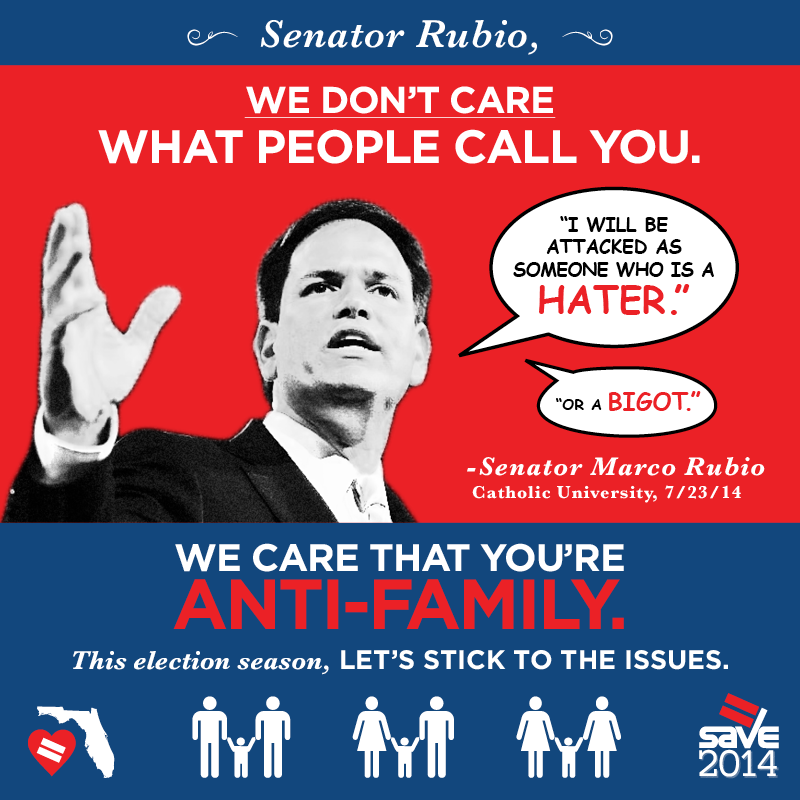 In remarks at Catholic University on Wednesday, Florida's junior senator Marco Rubio claimed to be the victim of "intolerance," boasting that, "before this speech is over, I will be attacked as someone who is a hater or a bigot or someone who is anti-gay."

Clearly, Senator Rubio wants to distract from the issues by alleging name-calling. But the issue here shouldn’t be made-up claims of name-calling, it should be Marco Rubio’s record in elective office, a record which is clearly anti-LGBT and anti-family.

We find it somewhat ironic that a politician with a consistently anti-family record like Marco Rubio could give a speech about supposed "family values," but this being the business of politics, we are not surprised.

Senator Rubio should drop this brand of small politics and stick to addressing the issues for the sake of Florida’s voters, instead of playing the victim to score political points.

The real victims are the countless LGBT families denied their rights, not a powerful senator with the backing of special interests.