That freedom is already guaranteed under the First Amendment to the Constitution, and arguing otherwise points attention towards an invented problem, rather than towards the problems that Floridians face every day.

In response to the vote by the Civil Justice Subcommittee, Father Grey Maggiano of Miami's Trinity Episcopal Cathedral had this to say:

We are so lucky in this country to have enjoyed for centuries the Constitutional right, guaranteed by the First Amendment, to follow the teachings of the faith we choose, so there is no need for a Pastor Protection act. The so-called 'Pastor Protection' act doesn’t protect pastors or churches — it is a back-door measure to allow businesses and service providers to discriminate. No matter our creed, we are all God's children, and if we want to be treated the same way we would treat others, we can't create religious exemptions that let people pick and choose the laws they would like to follow.

We agree with the Reverend, and we challenge legislators to focus their efforts on passing positive, common-sense reforms that protect Floridians who actually need protection. Join SAVE in telling your legislators to pass the Florida Competitive Workforce Act (HB 45), which would guarantee workplace equality for LGBTQ Floridians. Add your name here. >>

Tell your representatives to pass the FCWA! 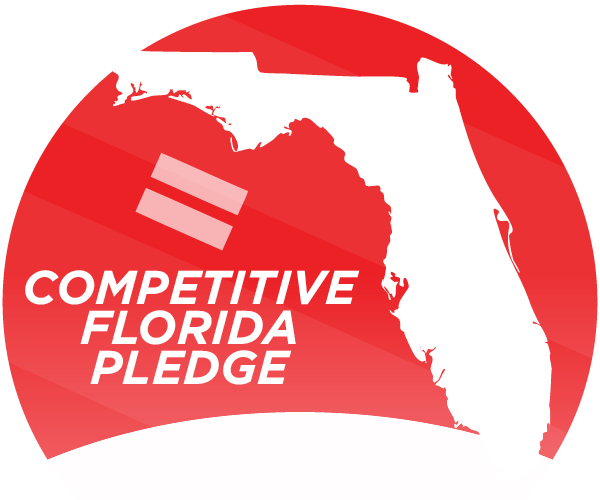 SAVE is thankful for the courageous votes against the "Pastor Protection" proposal cast by Representative McGhee, who was endorsed by SAVE Action PAC in 2014, as well as Representatives Berman, Dudley and Stafford. We are so glad to have allies in the state legislature like them.

We urge supporters like you to continue to contact your representatives -- don't be afraid to let them know they should support the Competitive Workforce Act (HB 45) and oppose the so-called "Pastor Protection" Act (HB 43)! You can add your voice to the chorus of voters in support of the FCWA by adding your name here. >>