We proved something incredible -- with science! 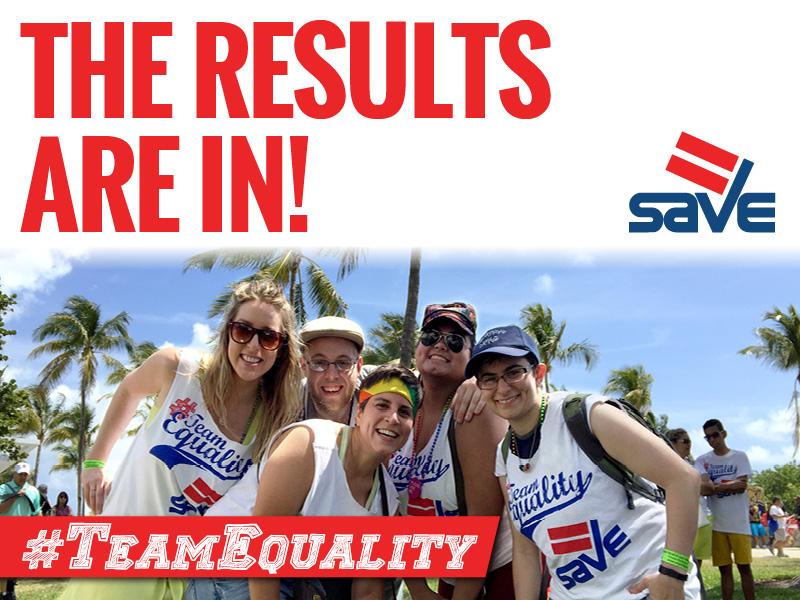 From January through June 2015, SAVE set out to find how to best reach voters at a granular level in order to reduce the very biases in which fuel anti-LGBTQ campaigns. In order to answer this question, we teamed up to conduct a scientific study with the Los Angeles LGBT Center’s Leadership LAB as well as researchers from Stanford and the University of California Berkeley.

Together, we canvassed voters in conservative neighborhoods in Miami six months after the Miami-Dade County Commission voted to include transgender people in the county’s Human Rights Ordinance. We came up with a new outreach approach, called "deep canvassing," which involved canvassers having meaningful, reciprocal conversations on the issue of transgender prejudice at the voters' doorsteps.

The result: with a rigorous randomized trial -- just like a clinical trial -- we found that the deep canvass conversations changed roughly 1 in 10 voters’ attitudes about transgender people. We also found an impact on feelings towards transgender people comparable to the decline in prejudice against gay and lesbian people seen between 1998 and 2012. 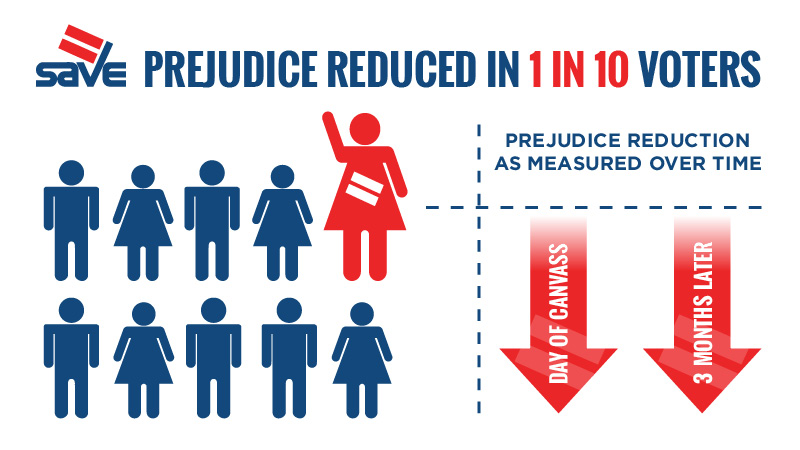 “We found that a single, approximately 10-minute conversation with a stranger produced large reductions in prejudice that persisted for at least the three months studied to date; were resistant to counterargument; and affected political attitudes,” said David Broockman, assistant professor at the Stanford Graduate School of Business and one of the researchers leading the study.

He and another researcher, Joshua Kalla, PhD student at the University of California at Berkeley, co-authored the new study. Kalla added that “the decline in prejudice against transgender people is comparable to the prejudice reduction against gay and lesbian people that took more than a decade to achieve.”

Last year, when Broockman and Kalla were graduate students at the University of California, Berkeley, they uncovered data irregularities in a December 2014 Science article studying the same innovative deep canvass approach, leading to that study's retraction. The researchers subsequently won a Leamer-Rosenthal Prize for Open Social Science for discovering the discrepancies.

“Our new study’s findings differ from those in the retracted article in an important way,” Kalla noted. “Unlike the original study which found only gay canvassers could lastingly reduce prejudice, we find both transgender canvassers and non-transgender allies were effective. Canvassers do not need to be members of an affected group to lastingly reduce prejudice against that group.”

In repeated re-measurement, this impact persisted without decay for at least three months. We also found that the conversations were effective no matter who we had them with: Democratic and Republican voters, liberal and conservative voters, female and male voters, and voters who were Caucasian, Latino, and African-American all exhibited a profound shift.

“The immediate practical value is that we know we are reducing anti-transgender prejudice here in Miami,” said SAVE's Director of Campaigns Justin Klecha. "With this confirmation of its efficacy, we will continue deep canvassing in our ongoing campaign to pass statewide non-discrimination protections and make Miami-Dade County a more accepting place for transgender people to live and work." 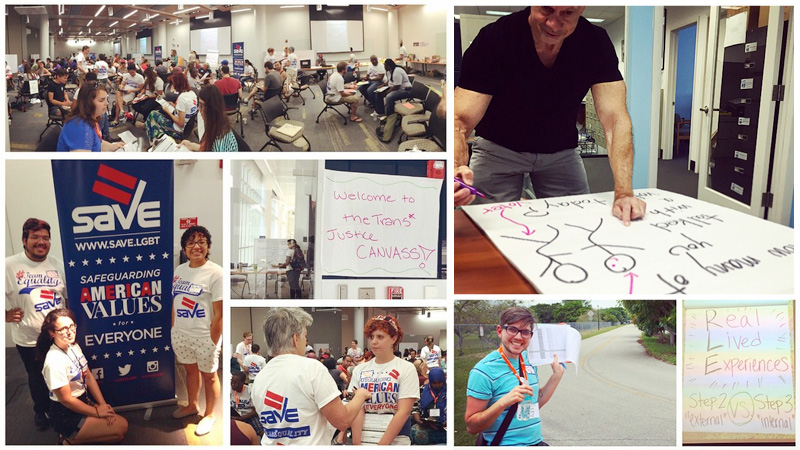 “These conversations are a real game-changer for us here in Florida,” said Tony Lima, executive director at SAVE. “Because of these conversations and their impact, we’re getting closer to being the first state in the South to pass statewide protections for LGBT people.”

In recent years, the LGBTQ movement both nationwide and locally has achieved some of its greatest victories, such as the passage of comprehensive nondiscrimination protections in Miami-Dade County, as well as court victories in SAVE's 2014 marriage equality case in Florida and for nationwide marriage advocates at the Supreme Court in 2015.

However, in response to these victories, the movement for LGBTQ equality has come under some of the fiercest backlash in its history. Amid widely publicized resistance to marriage equality, SAVE fought back repeated attempts by Florida lawmakers to pass anti-LGBTQ bills during the 2015-2016 legislative session, including a proposal which would criminalize the use of restrooms by transgender Floridians as well as one which would legally sanction discrimination against LGBTQ Floridians.

In response to -- and in anticipation of -- a legislative or electoral campaign to repeal nondiscrimination protections or curtail the human rights of LGBTQ people (and particularly people who are transgender), SAVE set out to find out how to best reach voters at a granular level in order to reduce the very biases in which anti-LGBTQ campaigns are grounded.

The culmination of this yearlong effort is today's release of our study in Science. If you would like to read the entire article, you may do so by visiting this link: http://save.lgbt/viewstudy.

We proved something incredible, and it was only possible with the help of supporters and volunteers like you. Thank you for everything you do for equality.

UPDATE: Our study made the New York Times, NPR, Think Progress, The Advocate, the Washington Post, and other national media!!

You can view the published report in Science here at http://save.lgbt/viewstudy.