Last Friday, transgender teen Cassidy Campbell made history by being named the first transgender homecoming queen in Orange County, California. Cassidy was well aware of the symbolism of a potential crowning.

"I realized it wasn’t for me anymore and I was doing this for so many people all around the county and the state and possibly the world and I am so proud to win this not just for me, but everyone out there,” she was quoted as saying by local news station KTLA.

Unfortunately, Cassidy did not have much time to bask in the glow of her surprise win. By the end of the night, she was in tears over what she said were “judgmental” and “hateful” comments leveled at her by those who disapproved of her gender identity.

After posting a tearful video decrying her treatment by bigots and haters, the cyberbullying did not stop. One commenter on the video said "OH PLEASE DIE OF AIDS YOU F***ING F*G!!!!!!!!" Another said, "please commit suicide, it won't hurt to [sic] much and the world would be better."

Thankfully, supportive comments vastly outnumbered bigoted ones, and most hateful comments were either flagged by YouTube users as spam, hidden from view for receiving too many negative votes, or removed altogether for violating YouTube's terms of use, which prohibit hate speech.

Mara Keisling of the National Center for Transgender Equality sent out an email to followers this morning asking those who believe in acceptance and respect to send Cassidy messages of support.

SAVE Dade also asks our supporters to join in the chorus of support for Cassidy. Please sign the NCTE petition today, and help us send the message that attacking transgender people, and especially our young people, is unacceptable.

Read more →
SAVE Dade partners with City of Miami on first-ever accounting of trans population
Sep 06, 2013 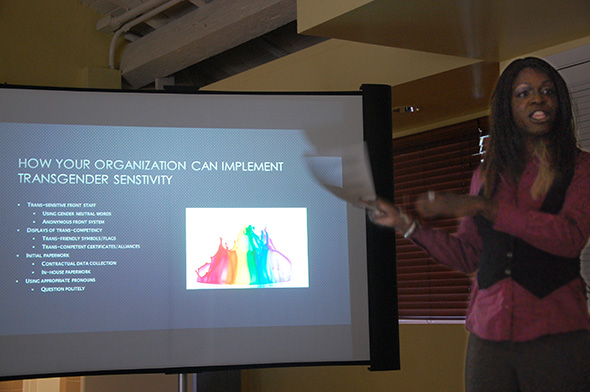 SAVE Dade was pleased this week to partner with Miami’s Department of Community and Economic Development as it undertakes the first ever accounting of the city’s transgender population as part of the federally-funded Housing Opportunities for Persons with AIDS (HOPWA) program.

Recently, the federal government issued a mandate requiring agencies administering HOPWA programs to collect data on transgender populations. Previously, administrators were required to collect other types of information, but this is the first time that they must collect information on the trans population.

In order to make the data collection possible, the Department of Community and Economic Development collaborated with SAVE Dade to train the city employees responsible for surveying the community on how to most effectively engage transgendered individuals.

SAVE Dade reached out to Aryah Lester to conduct a training of city employees on how to approach collection of data on the trans community. Aryah directs Trans-Miami, a local drop-in resource center on South Beach for the transgender community. She has been an invaluable partner for SAVE Dade’s campaigns, including the TransEquality campaign to pass an all-inclusive Human Rights Ordinance at the countywide level.

“I enjoyed training the surveyors who will be gathering this vital information,” said Aryah. “There is a dearth of data regarding transgender populations nationwide. HOPWA’s adoption of transgender data collection policies will provide concrete numbers for gender non-conforming residents and will help ensure access to services such as housing assistance for those who qualify.” 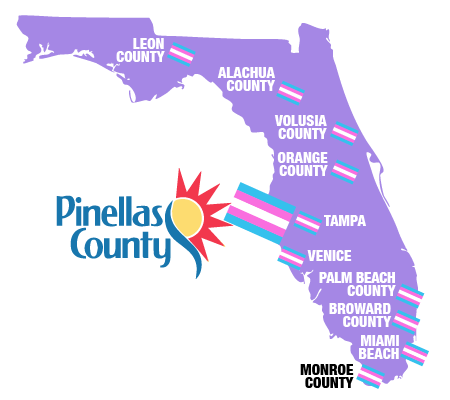