Today, in the face of obstruction before the County Commission and an onslaught of hateful misinformation, the proposal to add all-inclusive language to the countywide Human Rights Ordinance has been withdrawn for the time being.

What this means is that for now, it will remain legal to be fired, refused services, or denied housing simply for being born a certain way.

Fortunately, the effort to keep Miami-Dade County moving forward does not end here. SAVE Dade will keep engaging the community on this important issue as we forge ahead with the groundbreaking TransEquality campaign to pass an all-inclusive Human Rights Ordinance. We thank Commissioners Edmonson, Barreiro, and the rest of our supporters on the commission, and we look forward to working with them in the future.

We will also hold accountable those who obstructed this crucial proposal from being brought to a vote. The chief obstructionist in this debate is Commissioner Lynda Bell, whose actions in favor of discrimination do not represent the voters of her district. Such an important proposal should not be held hostage by one out-of-touch politician. 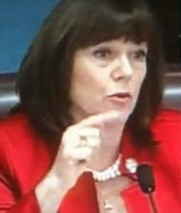 Going forward, SAVE Dade will be committing significant resources to educating Commissioner Bell’s constituents about her anti-equality positions and her disregard for the views of the people she claims to represent. Commissioner Bell should represent the voters, not a small select group of special interests and extremists.

With your help, we can pass this important proposal to guarantee human rights for everyone in Miami-Dade County. You can do your part by getting involved in the TransEquality campaign today.