SAVE Action PAC withdraws its Endorsement of Vince Lago

Patricia Keon is the clear choice to lead Coral Gables as a thoughtful, competent, and compassionate leader

We are disappointed to learn that Coral Gables candidate for mayor Vince Lago denounced efforts by Carrollton School of the Sacred Heart’s leadership to address the issue of racism in the United States in a letter signed by parents and alumni of the school.  Vice Mayor Vince Lago was co-endorsed by SAVE Action PAC for Coral Gables Mayor along with Commissioner Pat Keon. However, the latest news report in the Miami Herald draws a stark contrast between the two candidates. Last year the killings of George Floyd, Ahmaud Arbery, and Breonna Taylor brought forth the critical need to address racism in our nation.  This systemic crisis has caused many compassionate citizens, leaders, captains of industry, and heads of government to dig deep into what can be done to denounce racism and to take on a deliberate anti-racist agenda.

The letter to the school leadership states that the school’s efforts to address racism were incompatible with its Catholic foundation. However, we find that perspective to be contradictory with the values to uphold human dignity.  Furthermore, racism and anti-LGBTQ perspectives are intertwined and the advancement of one community can’t prevail without the other as a matter of basic human rights.

We applaud the leadership of Carrollton School of the Sacred Heart which is part of the global Network of Sacred Heart Schools. Their philosophy has five goals:

Educational institutions are the sacred spaces for enriching the minds of our youth. Schools tackling systemic racism are helping to end the harms of that legacy in our country. If anything the leadership at the school took action with a deep sense of compassion and responsiveness to the social issues that engulf our community and country. The school leaders took their guiding principles to heart and put them into action. To separate the need to address racism from Christian values is a perverse and inhumane preservation of the injustice. Vice Mayor Lago’s decision to sign on to this letter makes clear that Pat Keon is the best choice for Coral Gables Mayor.

Election Day is April 13th. To volunteer to help Get OUT the Vote, sign up at www.save.lgbt/action. To learn more about our endorsements and your local elections visit our Election Center at www.wevote.miami. 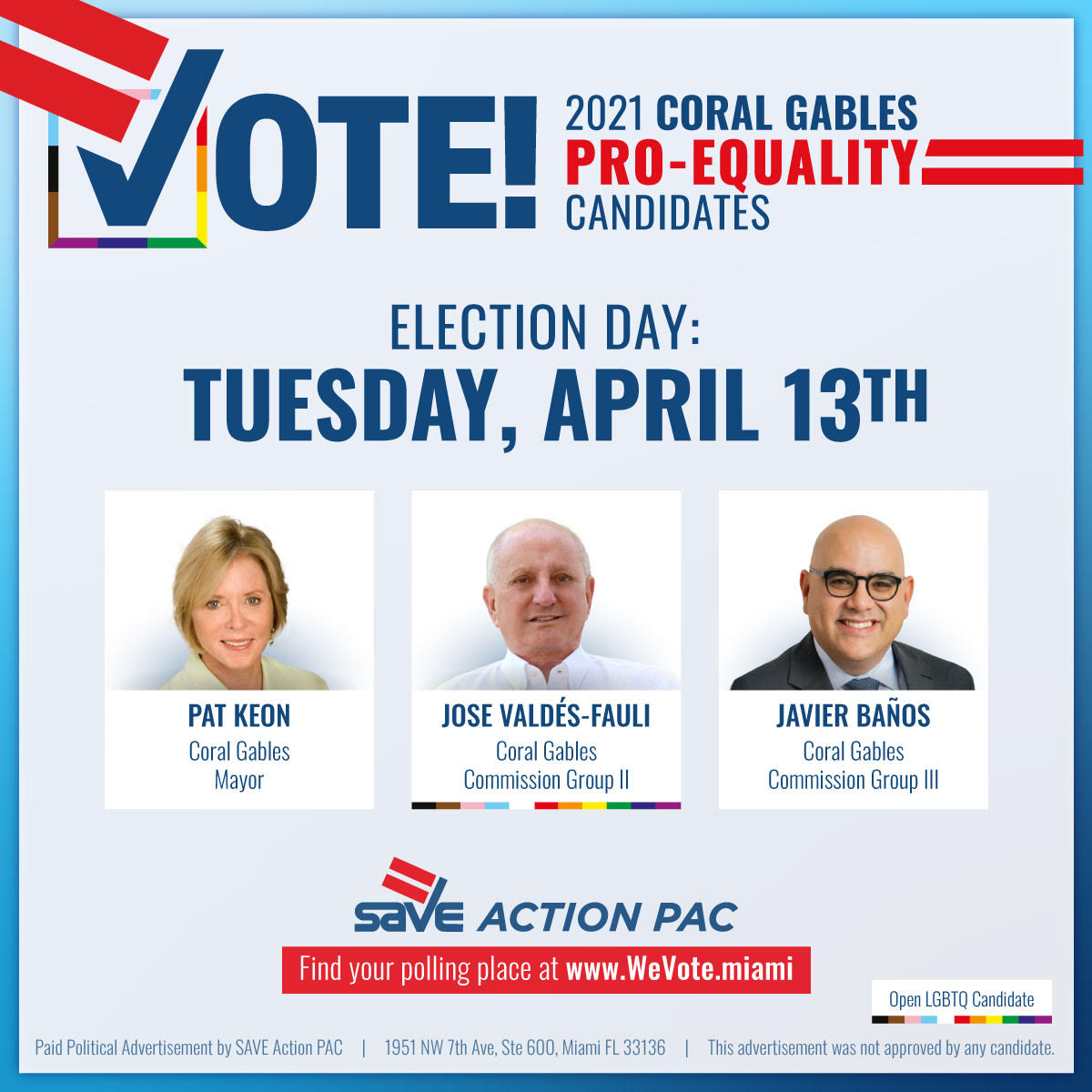